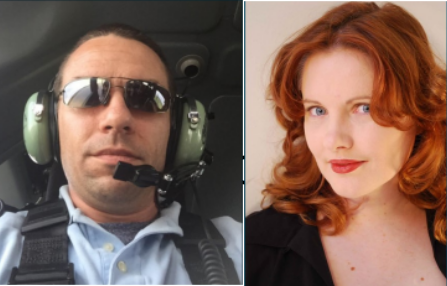 They have lined up a great duo of speakers, SGT John Bedell heads up the Maryland State Police’s Criminal Investigations Bureau. Amber Schroader is the CEO of Paraben Corp., a smart device digital forensics powerhouse. The two of them will be speaking on current trends and challenges in cyber crime, how it is impacting our communities and some tips and war stories on how to go about collecting ievidence in these cases. The ubiquitous mobile device has become a key source of evidence in all sorts of criminal investigations, not just cyber, and understanding what can be found and how to find it is key for modern investigators. We should learn a lot from these two experienced veterans on just how to do that.

Sgt, John Bedell was just promoted to the position of Executive Officer for Criminal Investigation Bureau of the Maryland State Department of Police.  He began his sixteen-year career as a patrol officer.   As EO, he serves under the Lieutenant Colonel assisting in the operations and management of the Licensing Division, Criminal Enforcement Division, and Forensic Sciences Division.  He works with the Executive Officers of the other bureaus to help coordinate inter-bureau activities.  Prior to his current position he was a Digital Forensic Examiner for six years.  He conducted scene triage as well as full forensic examination in a laboratory setting. He examined servers, computers and mobile devices with a variety of tools including EnCase, BlackLight, Axiom, Cellebrite, Oxygen, and other commercial software. Supervise all of the other examiners and assist in large projects as requested.  He also served three years a Network Security Office and four years as Collision Reconstruction Specialist.  He has a degree in Cybersecurity from the University of Maryland Global Campus.  He is a GIAC Certified Incident Handler and Certified Forensic Examiner.

After the pandemic forced us to shut down face-to-face meetings, Alex Grohmann of ISSA International reached out to the boards of the ISSA NOVA, Central MD, and DC chapters, and suggested we collaborate on some form of shared meeting. The idea was to twofold. First of all, increase our inter-chapter networking, which was actually easier to do via online meetings, and secondly, pool our members so that we could attract great speakers not just locally but nationally. The end result was the Mid-Atlantic Quarterly Meeting, which the three chapters will take turns hosting. The Mid-Atlantic Quarterly Meeting in June will serve in lieu of our normal ISSA-NOVA monthly meeting. Please note the early start time of 5PM!