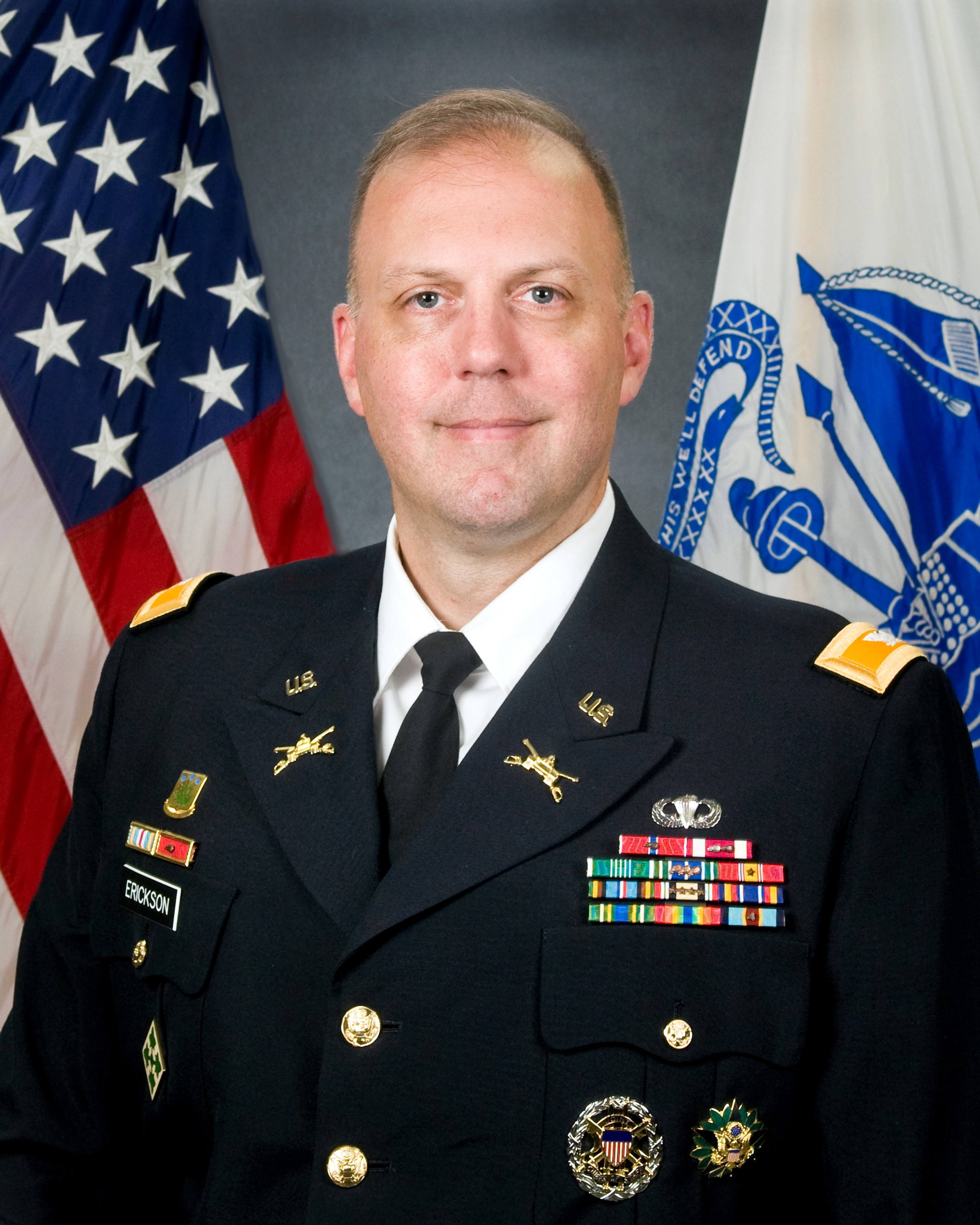 Meeting was held on May 20 at 6pm via GotoWebinar.

We had a great meeting with COL Jeff Erickson. He covered a wide array of West Point, Army and DoD cyber topics, describing his institute’s efforts to work with the many players that must be involved in effective defense of our nation’s cyber space. He also fielded questions on long range efforts to train and retain talent within the Army, a big challenge in the face of private sector demand for people with the same skills.

COL Jeff Erickson is the Director of the Army Cyber Institute at West Point. The Institute is the Army’s “think tank” for cyber issues confronting DoD and the nation. As the nation and DoD struggle with a myriad of threats in the cyber domain, it is critical that we train and equip our future warriors to be as adept at fighting in the cyber domain as on land, sea, and air. COL Erickson will talk about the institute’s research into a variety of areas, including Information Warfare, Critical Infrastructure Resiliency, Cyber-Electromagnetic Activities (CEMA), and Emerging Technologies. He will touch on how they relate to DoD’s forward defense strategy and the capabilities that DoD needs to bring to bear in the cyber domain to protect our nation.

After serving as Chief of Staff, COL Jeff Erickson became Director of the Army Cyber Institute in May 2020. The Army Cyber Institute serves as the Army’s “Think Tank” for cyber related issues. COL Erickson’s military education includes the Command and General Staff College and Senior Service College. He has a M.S. in National Resource Strategy from the Dwight D. Eisenhower School for National Security and Resource Strategy and a M.S. in Management Information Systems from Bowie State University.

COL Erickson hails from Renton, Washington. He received a B.S. in Computer Science from the United States Military Academy and was commissioned as an armor officer in 1993. He served in armor assignments in RoK, Kansas, and Germany. As an Army Simulation Operations Officer (FA57), he served in 4th Infantry Division; U.S. Army Operational Test Command; Headquarters, Department of the Army, G-3/5/7 Training, and Joint Staff J7.